Surge Exploration Inc. has entered into a Property Option Agreement to acquire a 100% interest in seven (7) mineral claims known as the Caledonia, Cascade and Bluebell, subject to a NSR between 1-2%. Located in the Nanaimo Mining District of northern Vancouver Island, the claims are adjacent to the joint venture partnership between Freeport-McMoRan and Northisle Copper and Gold Inc. Under the terms of this joint venture partnership agreement, Freeport-McMoRan can earn up to a 65% with C$24 million in exploration expenditures over seven years.  Freeport-McMoRan is currently one of the world’s largest copper producers. 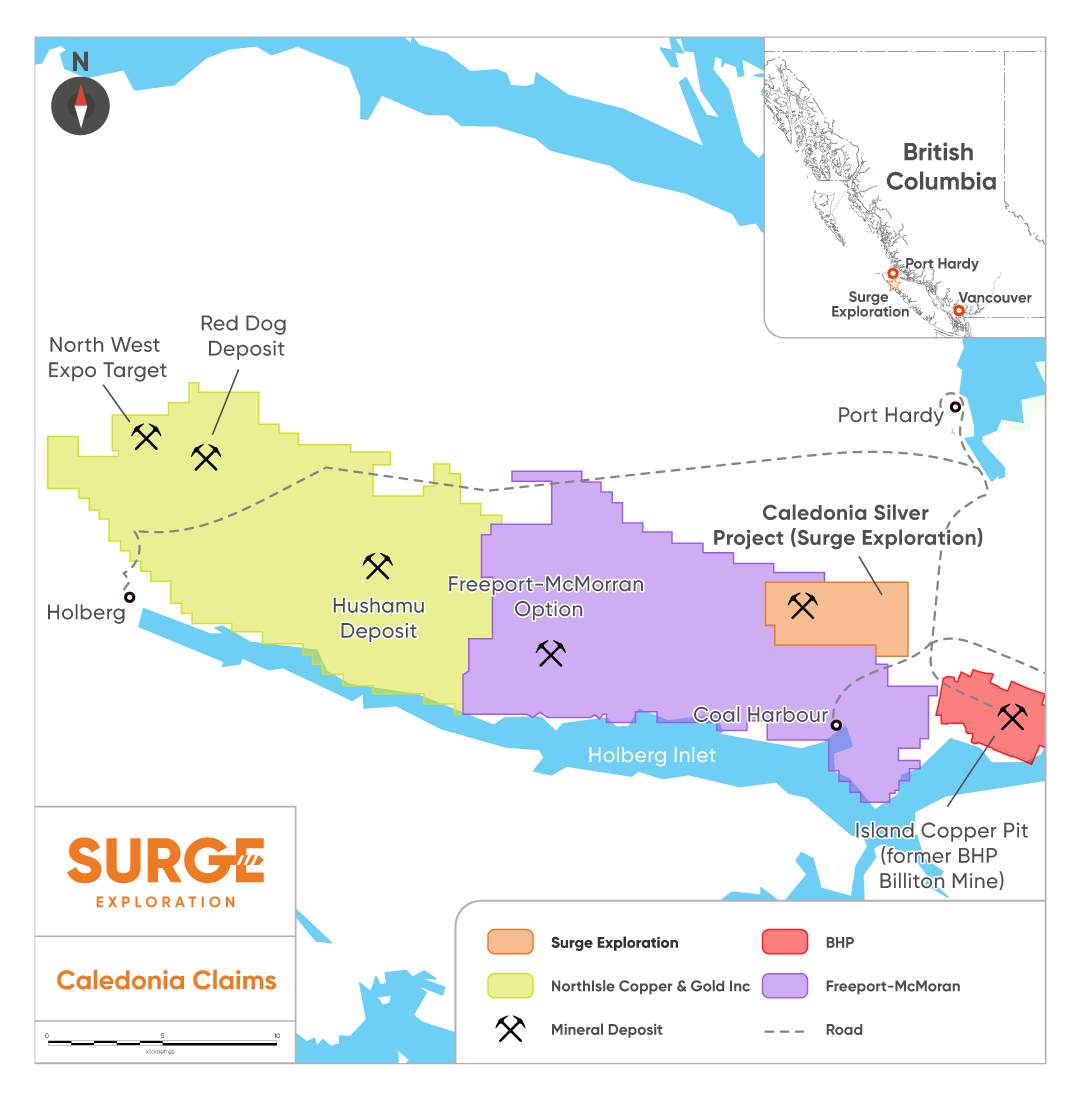 The Property is located in the Nanaimo Mining District of northern Vancouver Island, south of the town of Port Hardy B.C., and adjacent to the joint venture partnership between Freeport-McMoRan and Northisle Copper and Gold Inc.

The nearby town of Port Hardy is a main distribution centre for the north end of Vancouver Island. It has an airport with 3 daily flights to Vancouver, a hospital, schools and a college. All parts of the North Island project are accessible from Port Hardy through a network of logging roads.

A marine load out structure and a hydro power line exist at the reclaimed Island Copper Mine. One of BC’s largest wind farm complexes is situated adjacent to the northwest end of the property and the power line connecting the wind farm to the main BC power grid passes immediately north of the North Island Project.

The Caledonia project is subject to a staged, four year option agreement whereby the company may earn a 100% interest in the project by making cash payments totalling $100,000 plus share issuances totalling 1,000,000 shares and making a minimum exploration expenditure of not less than $200,000.  This agreement is subject to a 2% NSR.  The transaction is subject to TSX Venture Exchange approval and all shares issued are subject to a four month and a day hold period under applicable Securities Laws.

Relevant Historical Information: The Caledonia Project (taken from The B.C. Ministry of Energy and Mines, Minefile No 092L 209):

We’d be happy to answer any questions about this project.